The most important questions for your cryptocurrency investment in 2019 should be “Will there be a continuous bear market?” and “How much risk am I willing to take?”. Even in the cryptocurrency field, there are conservative, risky and even more risky assets. In this article, I am going to share my own favourite options across the spectrum. Of course, for the most conservative investors there is always the option of using so-called stablecoins.

This pseudo cryptocurrency is usually a token fully backed by USD. However, this is not really an investment – just a little more liquid fiat for crypto-trading. There is plenty of half dead ICO out there which could potentially provide a return in the thousands of percent. But this market is very risky and requires enormous luck combined with a lot of research, and more luck again. In this arcticle, I will do my best to share my strategy in this field.

itcoin is traditionally the bedrock of every proper cryptocurrency portfolio. In 2017, there was a very active debate about whether Bitcoin or Bitcoin Cash is the real Bitcoin. However, after Bitcoin Cash forked into Bitcoin SV and Bitcoin Cash, this debate mostly washed away. Every year, there are plenty of projects calling themselves Bitcoin. These projects are soon killed off because they are lazy copies of Bitcoin with slightly faster block times and slightly bigger block size.

There can be no denying that Bitcoin has the largest user base and developer base. It is quite immune to the danger of a 51 % attack and it continues to lead development in the cryptocurrency market. Furthermore, because of its open source origin. It can implement every technology developed in the cryptocurrency field – besides which, you can safely trade and store Bitcoin which is not such a simple matter for most cryptocurrencies.

Ethereum has historically been the second largest coin (in December, it was temporarily surpassed by Ripple). Ethereum has the second largest community and a quite unique use profile; it is a base layer for smart contracts and more than 500 different tokens. ETH was the bedrock of the ICO bubble and has been undergoing quite a lot of working projects on its blockchain as of now. However, there are quite a lot of competitors at present.

Ethereum’s tremendous success led to the various rivals like NEO, EOS and Waves springing up, which have all announced themselves as the Ethereum killer. However, as with Bitcoin, Ethereum is very well connected with a huge background, and it is still the first choice for new token creators.

We don’t think that Ethereum will be displaced from its position as the dominant tokenisation platform any time soon. In the last few weeks, with regard to the Constantinople hard fork, we have seen that Ethereum is definitely not dead. 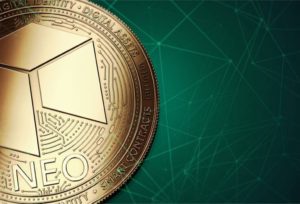 Neo is a direct competitor of Ethereum and is currently being traded at a very reasonable price of 9,01 USD. In its most brutal downturn, you could buy NEO for under 6 dollars which pretty much looks like a bargain. Despite the major drop of 2018, Neo is still well-established as a top 20 cryptocurrency.

In comparison with Ethereum, Neo offers a slightly different technological solution and it is less decentralized but a lot faster. A major factor for investors is the PoS nature of NEO, which means that if you hold this cryptocurrency you receive a token called GAS which is used to power transactions on the NEO network.

At present, you get 3 % of the cost of your NEO in GAS per year. This might not sound like much but considering you can be holding Etherum which is on extremely friendly terms with the Chinese government.

Every investor is different. When considering the appropriate composition of his crypto-portfolio portfolio, he should especially consider the degree of risk he is willing to undertake, and how much time he is willing to devote to study of the cryptocurrency market. This reflection should guide his other investment decisions.

If you are interested in new technologies and want to participate in the “cryptocurrency revolution”. Then, getting into Bitcoin is not such a difficult process.

If you love reading hundreds of pages full of technical details and are able to communicate with developers, you are likely to go beyond just the first hundred cryptos.

If you do not understand cryptocurrencies and have neither the time nor the desire to devote yourself to them, leave your resources to experts. After all, everyone is ultimately responsible for their means and the way that they deal with them. There is nothing easier than losing money in an environment you do not understand.

Manage Consent to cookies
We use cookies on this website to provide you with the most relevant user experience. Thanks to cookies, we remember your preferences for repeated visits. By clicking "Accept All" you consent to the use of all cookies. You can manage your consent in "Settings".
Manage options Manage services Manage vendors Read more about these purposes
Settings
{title} {title} {title}
We use cookies to ensure that we give you the best experience on our website. By continuing to browse the site you are agreeing to our use of cookies.I agree